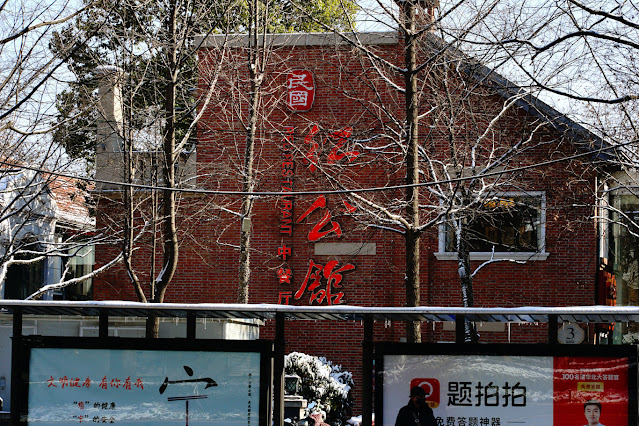 127.5mm; ISO-160;  f/10;  1/100
For most people, the Republic of China is a not too distant history, but also a period of indefinable sorrow and joy. At that time, there were not only masters like Hu Shi, Lu Xun, Cai Yuanpei, Wang Guowei, Zhang Taiyan, Chen Yinque, but also talented people like Lin Huiyin, Liang Sicheng, Lu Xiaoman, Xu Zhimo. In that time, on the not so wide historical stage, a scene of personal fate and national destiny intertwined family and national love, sorrow and happiness. The wave of ideas they stirred up is still very influential in China and the world more than a century later. 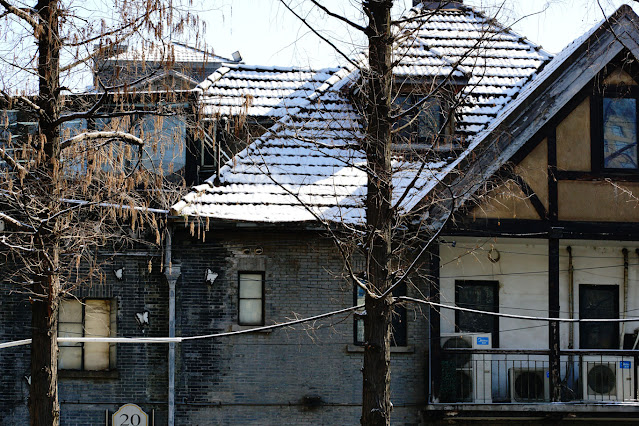 127.5mm; ISO-160;  f/10;  1/100
More than a century ago, China, under the tide of world revolution, was also experiencing the difficult test of "changes unprecedented in 2,000 years". Intellectuals with a global vision and a civilized mind sought to save the country, to reform the past and to make a new start, to improve the nationality through cultural improvement, and to build a civilized society. At that time, people could not only talk about national affairs and criticize the reality, but also taste the piano and drink ink, manipulate flowers and live an extravagant and petty life. More than a century later, people from these Republic of China buildings, from the residual text, pondering the past, thinking about the past, it really makes people feel a lot of emotions, sighing.

Today, these preserved Republican buildings have been developed into tourist attractions and commercial use. Every day, they receive friends from all over the world to come here for sightseeing and tourism, and receive different people's eyes and interpretations. However, they are like old people who have experienced the vicissitudes of the years, and have long looked down on honor and shame and life and death. 127.5mm; ISO-160;  f/18;  1/200 People have an instinctive interest in and urge to create architecture in cities. This is evident in a large number of photographs. In contrast to the idyllic countryside, the modern city is no longer a quiet and serene home, but is always full of challenges, desires and temptations, and adventurers see it as a paradise on earth. This materialism is not only reflected in the spiritual realm, but also extensively influences the architecture and landscape of the city. It is said that many urban buildings are shaped somewhat like genitalia, or that it is the genitalia that inspires the designers and creates the landscape of urban architecture. Of course, it can also be said that this design concept foreshadows reproduction and birth. 16mm; ISO-160;  f/16;  1/125 Nanjing Zifeng Tower is a Nanjing landmark and one of the tallest buildings in the city. So people seem to be no stranger to her existence. This design style cannot be said to be necessarily ple

16mm; ISO-160;  f/11;  1/125 The rickshaw driver's dress and the tricycle are so prominent and unique in this picture. The main reason I didn't make them a close-up is to convey more background information and show more of the background story. But nevertheless, I let them occupy the position of the main visual center. I am not a pandering person, nor am I very good at catering to the tastes of others. It was in the spirit of being true to my heart that I picked up my camera and went on my photographic journey. But this also means that my photography may be full of more uncertainty. In fact, an adult should be good at making trade-offs between reality and ideals, and must know how to make them. Admittedly, they do make it difficult! Everyone has a different perspective and aesthetic orientation towards the same picture, which causes different people to interpret the same picture differently. From this picture, you may get what you want. Just as an optimistic person will b

127.5mm; ISO-250;  f/16;  1/160 I seem to be quite interested in the minimalist style. From the attention I paid to minimalist photography in earlier years, and the deep impression those minimalist style works left on me, I cannot help but say that it reflects my aesthetic tendency to some extent. One's aesthetic taste may be inborn, just as one's taste in food is more or less fixed, which more or less indicates the great influence of biological genetics on one's spirit. But it is not as if cultural factors do not play a role either. Perhaps on the contrary, acquired education and cultural practices may be decisive for one's spirit and thinking. In fact, many of my aesthetic ideas cannot even completely exclude the influence of reading experiences cultivated early in life. 127.5mm; ISO-250;  f/16;  1/160 These images may be the product of such aesthetic perceptions. I do not want to express the cultural characteristics of the post-industrial era, but in fact I may hav

The pictures shown in this article are from one of my photography series at the Institute of Agricultural Sciences. The theme of this issue of photography is: landscape (blue sky, white clouds, stone dang, lake, etc.). This article describes the composition of the picture from the perspectives of aesthetics and geology. The Institute of Agricultural Sciences is located in the Dayi Management District of Changshu, less than 1 km from Mount Yu. Shidang is located in the Institute of Agricultural Sciences. No.1: The application of the foreground enlarges the depth of the picture, so a certain visual tension between the ground and the sky is formed. The house is located at the junction of the sky and the ground, and along the upper part of the house is a vast blue sky and floating white clouds. The whole picture looks quite like an oil painting, giving people a sense of tranquility and serenity. (1 ) No.2: Fortunately, the weather was very good that day, so I could see large swathes of whi

The Beauty of Symmetry: China's Buildings

127.5mm; ISO-250;  f/11;  1/125. The beauty of symmetry and balance is found in most traditional Chinese buildings. Especially for pavilions like this one with carved beams, the symmetry of the structure is emphasized. This is not only for aesthetic reasons, but also for comfort and safety, as a symmetrical structure is more balanced and safer. In a broader sense, Chinese philosophy and secular ethics are very much focused on the balance of yin and yang. One yin and one yang is called the "Tao". "The Tao is the most general description of Chinese philosophy. Taoism is the most authoritative and systematic exposition of the Tao. The masterpiece in this regard is the widely circulated Tao Te Ching. This cultural tradition is also reflected in the construction of secular ethics. For example, the traditional Chinese description of the marriage relationship states that the male is the yang and the female is the yin, and the male is the master of the outside and the female o